Marijuana goes by many names, such as weed, cannabis, and herb. It also has a long history of use within the United States. Many political and racial factors led to it being outlawed in the United States, though the stigma surrounding weed has slowly changed across America as more and more states vote to legalize its use for recreational and medicinal purposes. With all this talk in the media recently about the legalization of marijuana, it is easy to understand how one could become confused by all the different terms associated with the drug or substance. Even though marijuana is legal in some states, that does not mean that someone couldn’t develop a chemical or physical dependency on the drug. It is best to take care when using any sort of illicit substance and abide by any state and local laws if it is illegal in your state. Here is a list of the many forms of weed to help dispense any sort of ambiguity you might have regarding the drug.

The Many Different Forms of Weed: 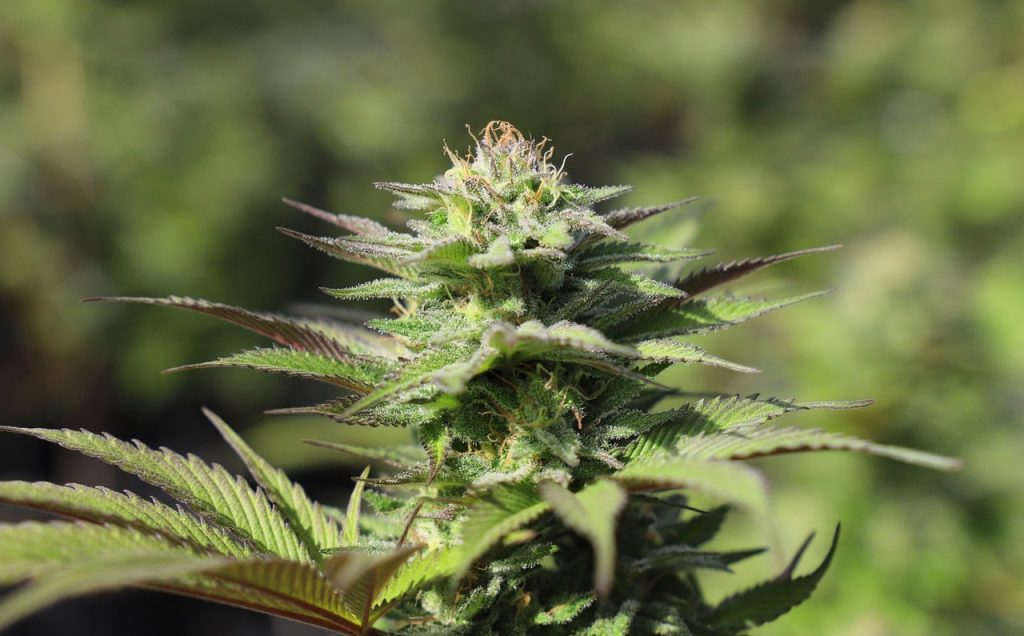 Perhaps the most recognizable form of cannabis is a term regular users call flower. Flower refers to the part of the marijuana plant that blooms into buds. Sometimes this can also include the trimmed leaves from a plant as well as the stems. The cannabis plant itself is a flowering species that has several different subtypes.

Flower is typically smoked or vaporized in a variety of different ways, from joints, pipes, bongs or highly technical vaporizing machines. The dried "herb" has long been the most popular way to consume the cannabis plant.

Another common form of weed is a substance known as hashish. Marijuana plants secrete a sticky resin much like trees secrete sap through their bark. This resin is collected, then dried, and compressed into many forms like cakes or blocks. This pressed resin is also known as hash or hashish and is very potent in THC. It contains little to no plant material such as cellulose like standard cannabis leaves or flower. Like regular marijuana flower, however, hashish can be smoked in a variety of different ways.

Since the legalization of marijuana, there has been a major influx in a category of marijuana products known as concentrates. Marijuana concentrates are products made from the cannabis plant that have been extracted through a variety of different technological processes, leaving behind any unwanted plant material and other impurities. Marijuana concentrates are typically smoked in dab rigs through a process known as dabbing. As with the marijuana plant, there are several different types of THC concentrates. Here are two of the most common: 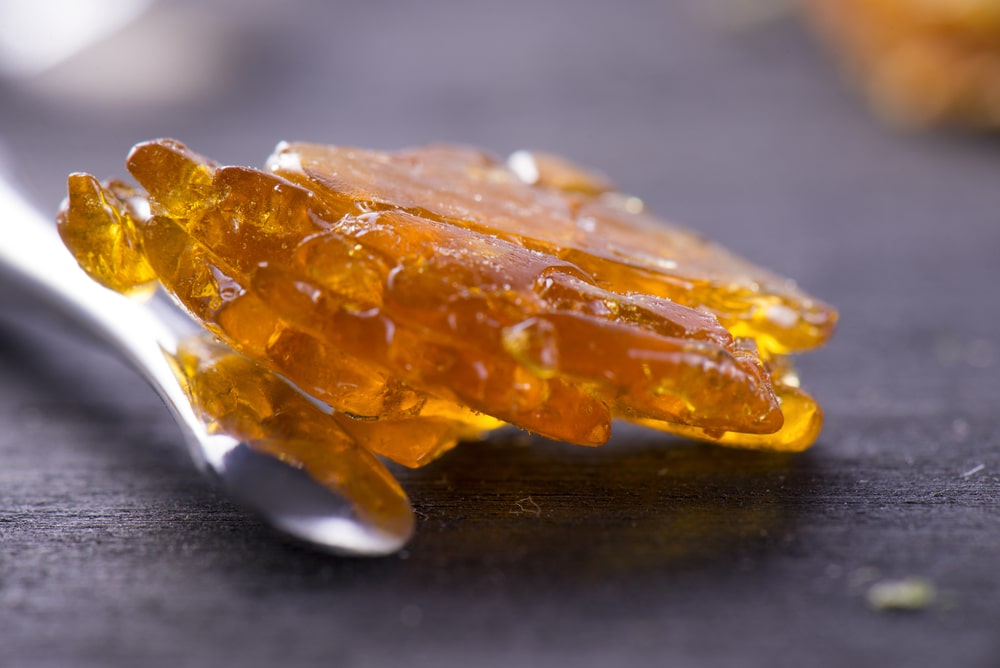 Though they have been around since before marijuana was legalized, edibles are another of the popular forms of weed that do not have to be smoked. The term edible refers to food that has any form of THC, the chemical found in marijuana, cooked or combined in it. THC can be infused into many things, like chocolates, gummy and hard candies. The psychoactive components are combined with the food, usually through some sort of cooking process. Unlike smoking marijuana or dabbing concentrates, the effects of consuming an edible can take around 30 minutes to start to kick in. 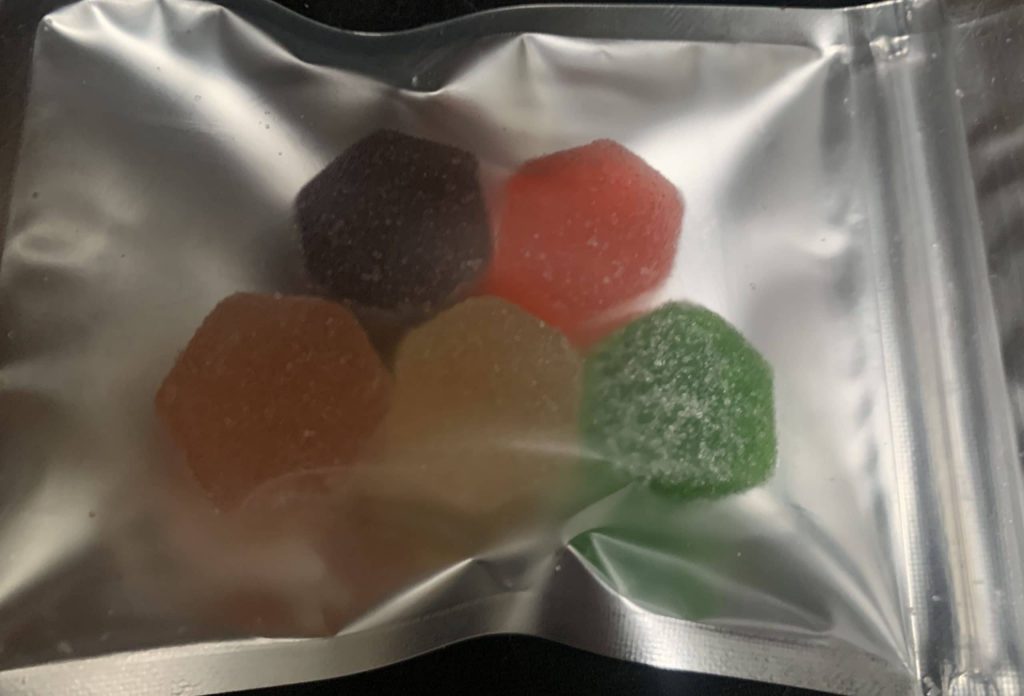 Topicals are a category of medical marijuana that are not meant for human consumption. While these typically still contain THC, that are often used to help manage pain or treat skin conditions of some kind. This can include balms, creams, lotions, and sprays. These are most effective in treating things like arthritis, muscle aches, and spasms.

These are just a few of the most common different forms of weed. There are also many different methods for the consumption of a weed. For instance, a joint is a hand-rolled marijuana cigarette with no tobacco while a blunt is commonly made from a cigar wrapper. A spliff refers to anything with marijuana and tobacco rolled in it. With its legalization in many areas of the United States, many different marijuana-related products have popped up in stores and online shops. Some of these products are related to the consumption, delivery or storage of marijuana.

While more people are using one, or more of the many forms of weed for different reasons, marijuana addiction is a very real problem. While the effects of a marijuana dependence may be far less severe than an addiction to heroin, cocaine or even alcohol, heavy use of cannabis may become a major problem.

If you believe a loved one is struggling with an addiction to marijuana, then please do not hesitate to reach out to us for help. There is a difference between recreation and overconsumption. Just because something may be legal where you live, does not mean that it is not dangerous or addictive. We are here to help with any and all concerns you may have about any sort of substance abuse problem, or drug and alcohol addiction. We know what a tough year it has been and we will help get you back on the right track!