If there is one thing that we can all agree on, it is that 2020 has been a stressful year. Along with the nation battling the surge of cases in the COVID-19 pandemic, is the increased rates of alcohol consumption sweeping across the country. No one could argue against ending a long stressful day with a relaxing alcoholic beverage, but there is such a thing as drinking too much. Even in the face of adversity, if you are getting “blackout drunk,” there might be a problem.

Most experts agree that drinking moderation is perfectly fine, and while that may look different depending on the individual, in general, consuming more than four alcoholic drinks per day for men and three alcoholic drinks for women is considered to be too much.

Another important thing to consider if you are beginning to wonder if you or a loved one are consuming too much alcohol is whether or not memory lapses have been experienced after a night of drinking. Drinking too much alcohol in a short amount of time, especially on an empty stomach, can lead to what is known as an alcohol-related blackout. If you have ever experienced a time when you got blackout drunk, you might have had that “uh-oh” feeling the next day as you begin texting your friends, trying to piece together what happened the night before. Unfortunately, though commonly experienced, blackouts are a tell-tale sign that way too much alcohol has been consumed. 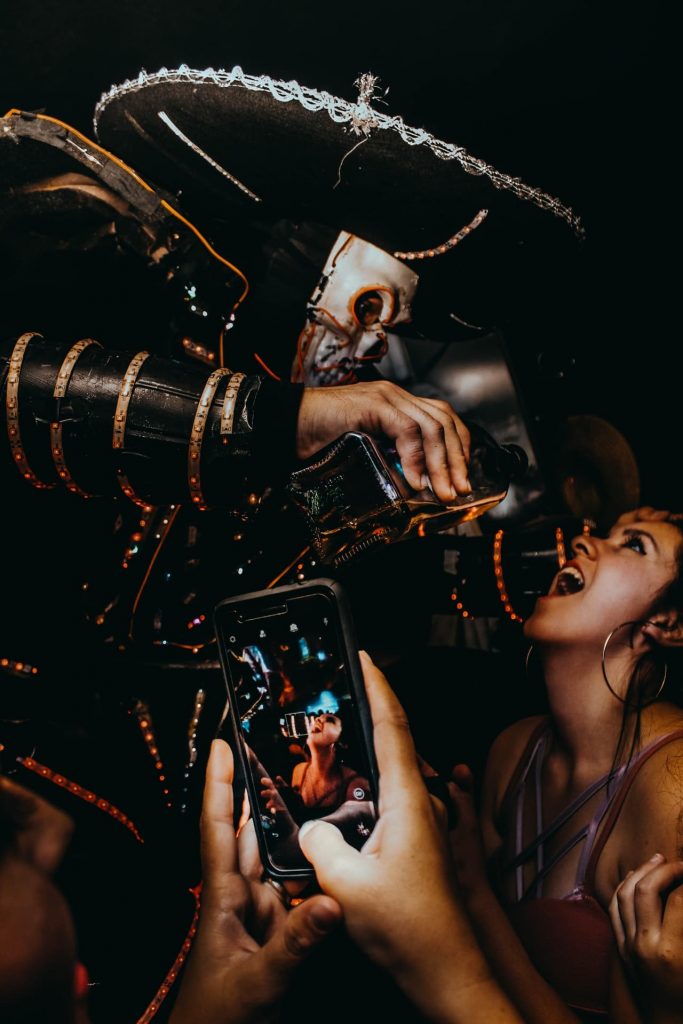 For those who have ever experienced a blackout, it can often be a scary experience. Not only are you left wondering what happened the night before, you may also begin to wonder what exactly happens to your brain when you get blackout drunk? Why does it make it impossible to remember what happened, say, after the fourth shot of tequila? Well, even though we can’t exactly tell you whether or not you really danced on the pool table in front of your boss, we can try to help explain why drinking too much may cause memory lapses or blackouts.

What happens to your brain when you get blackout drunk?

When you hear the term blacking out, that doesn’t necessarily mean that the person is unconscious. In fact, it may even be hard to tell that a person is experiencing a blackout when they have had too much to drink within a short amount of time. Blackouts typically occur when a person's BAC (blood alcohol content) reaches twice the legal limit, that is around .15%. Also commonly referred to as alcohol-induced amnesia, blackouts happen when enough alcohol has been consumed that it inhibits the brain's ability to process and store short-term memories into long term memories. Interestingly, it's also not so much about how much you drink but how quickly you drink. Someone who slams three drinks in a row is much more likely to experience a blackout when compared to someone who elevates their blood alcohol content over twice the legal limit, slowly over a longer span of time. 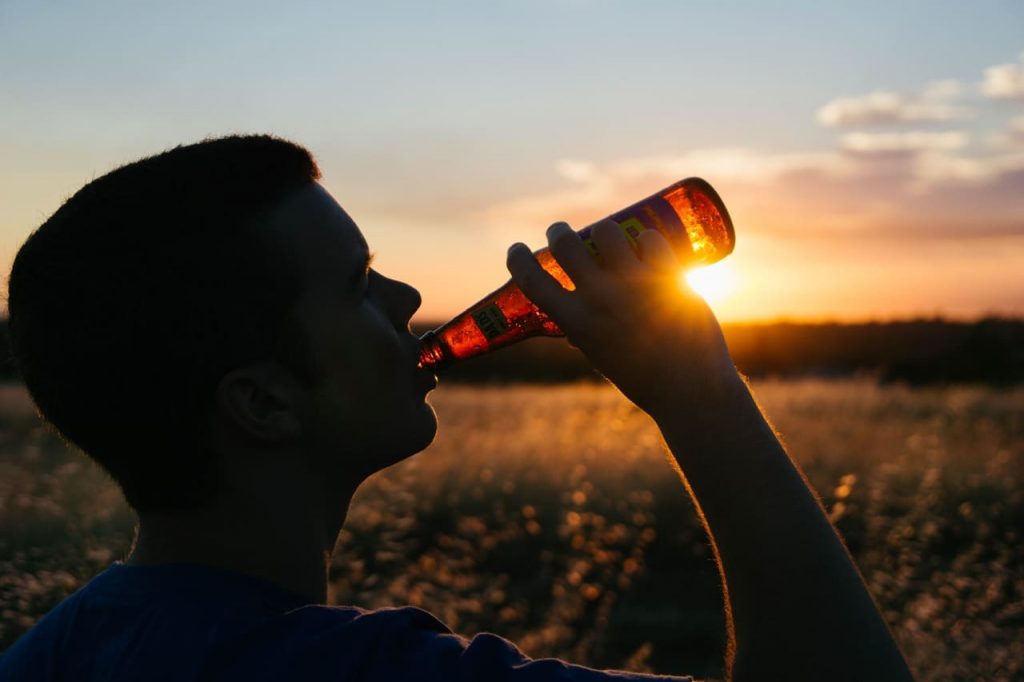 When you rapidly consume a large amount of alcohol, a roadblock essentially goes up between the immediate and short term memory, affecting the brain's ability to store memories and recall them later. The main ingredient behind alcohol’s potent effects is a substance known as ethanol. When consumed, ethanol has the ability to cross the blood-brain barrier. This can then allow the ethanol, or alcohol, to target receptors located in the hippocampus, the area of the brain responsible for controlling functions like emotions, memory, and recollection. During a blackout, you may be able to recall things in between the 30, 60, and 90 second time-span but anything beyond that is all but forgotten.

Additionally, depending on how much alcohol is consumed, and how many of these receptors are targeted, a blackout can either be partial or complete. A partial blackout is commonly referred to scientifically as “fragmentary”, and they are sometimes referred to as “brown-outs”. Partial blackouts are where bits or pieces of information may be easily recalled, but there are still gaps in time where nothing can be remembered. Visual or verbal cues may be helpful in putting together what may have happened the night before. Or, these cues could help someone recall more bits of information if a partial blackout is the kind experienced.

Drinking too much alcohol can cause temporary amnesia.

Complete blackouts, however, are when the person experiences complete and total amnesia up until a certain point in time where they ultimately consumed too much alcohol. Complete blackouts are sometimes referred to scientifically as “en bloc” or as “that never happened”. It is also highly possible that even though you may have experienced a complete black out, you weren’t a total mess. Sometimes the blackout is triggered before enough alcohol has been consumed to affect your cognitive abilities and motor functions. This sometimes happens when someone was consuming too much alcohol on an empty stomach. This can make it difficult to detect, as there may not be any signs beyond normal slurring of speech and the appearance of minimal impairment.

If you have a friend or loved one who has a tendency to go a little overboard while at the bar, it might be helpful to ask them if they remember what happened 15 minutes ago. If they do not, it is highly likely they have had too much to drink and are experiencing a blackout. If you’re a good friend, then you should maybe at least try to keep them from making poor decisions they might regret later. Although one isolated incident of drinking to the point where you experience a blackout may not initially be a sign that an alcohol abuse problem is present, if it is something that continues to happen on a regular basis that is a huge sign that there is an alcohol problem. It may be a great enough problem that it might require some professional help from a reputable addiction treatment program. 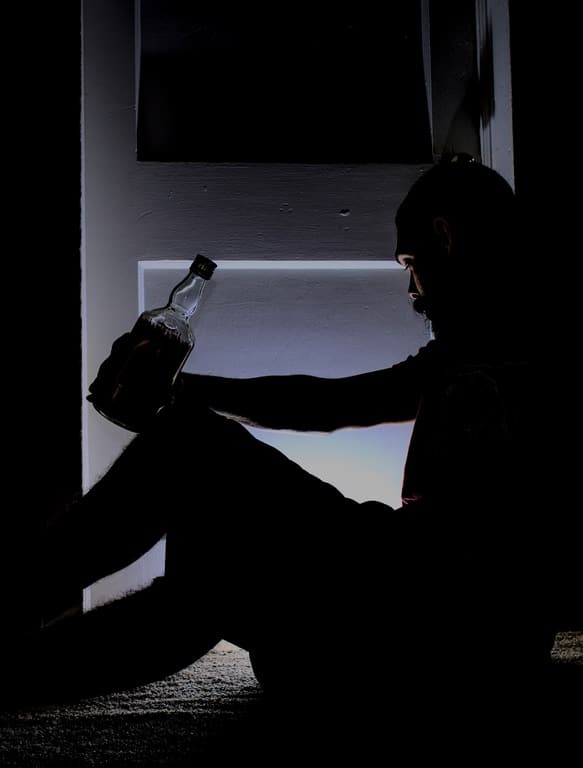 If you believe you, a friend, or another loved one may be experiencing an alcohol addiction or substance abuse problem of any kind, then we are here to help. At More Than Rehab, we are a team of trained professionals who are also a family, not just with the staff but with our clients as well. We understand what it takes to live a life of sobriety and we would love the opportunity to share the tools we have learned with you. Reach out to us today and join the family at More Than Rehab. We’re here for you 24/7: