While cocaine first became popular in pop culture around the 1970’s, it is one of the oldest drugs in the world, as the leaves from the coca plant have been chewed for thousands of years. Originating in South America, the Erythroxylon coca plant was used as a stimulating medicinal product; elevating mood, aiding in digestion and suppressing appetite. The production of these plants were restricted mainly to areas where it was naturally grown, places like Columbia, Peru, and Bolivia, until the mid 19th century when American pharmaceutical companies began exploring the region. At first considered safe, the destructive and addictive qualities of the coca plant became apparent within 30 years of its introduction as a pharmaceutical product.

Cocaine is a central nervous system drug that is extremely addictive. Today, It is considered to be one of the top five most addictive drugs in the United States. According to a survey conducted in 2014 by the National Institute on Drug Abuse, there were an estimated 1.5 million Americans who had used cocaine within the last month. Furthermore, roughly around 913,000 people in the United States had met enough criteria in the Diagnostic and Statistical Manual of Mental Health Disorders for dependence or abuse of cocaine in any form.

When talking about cocaine, there are a couple of terms that may be thrown around regarding the drug, such as cocaine and crack cocaine. While it is easy to lump the two together since they are almost molecularly identical, there are still a few differences that keep them from being the same.

Molecular Differences Between Crack and Cocaine

In its natural form, when it is extracted from the coca plant, cocaine is a hydrochloride salt. At first, the substance is refined into a paste and eventually pressed into a white powder. This substance is the powdered form of cocaine and is often snorted, mixed with a liquid then injected, or smoked. Crack cocaine, otherwise known as crack, is essentially the same substance but in a different form. The process of making crack cocaine involves mixing the white powder with a base, usually baking soda, and then boiling it with water. The baking soda is removed, along with the hydrochloride, during this process making the substance more concentrated as the psychoactive chemical of cocaine is the only thing left behind. Crack gets its name from the crackling noise it makes while being smoked. Cocaine and crack cocaine are both extremely dangerous as often times pure cocaine can be cut with other harmful substances, like laundry detergent or laxatives, in order to increase profits or to create the substance known as crack.

Other Differences Between Cocaine and Crack Cocaine

Aside from the slight change in their molecular structures, there are still a few key differences between cocaine and crack cocaine. 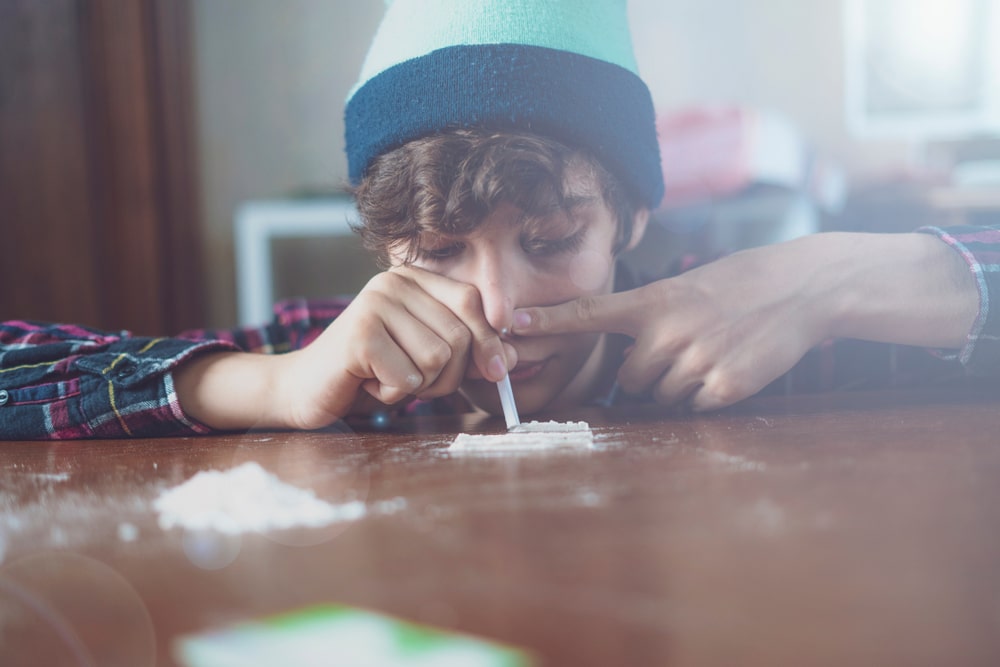 Both cocaine and crack cocaine increase the amount of dopamine released in the brain, causing a rush of euphoria when abused. However, since crack is more potent, their side effects can differ from one another.

Side effects of Cocaine Can Include

Side Effects of Crack Cocaine Can Include

Since crack cocaine is more potent, there is an increased risk of overdose but both drugs can kill you when taking too much. Long term use of both substances can lead to life threatening conditions such as respiratory failure, infectious disease, fatal overdose, strokes, hallucinations, and addiction.

Anyone can become addicted to either of these substances, even after just one use. Cocaine use has long been glorified in movies and sold as the “rich man's drug”, making it appealing to any age, race, or demographic. Withdrawal symptoms can become severe when discontinuing use of any of these substances. If you, a loved one, or someone you know is a cocaine user and is unsure about whether or not they are addicted, or are becoming dependent, that is usually a good sign that some level of help is necessary. There is always a chance for recovery and you do not have to struggle alone. Reach out to us for help today to begin your journey on the road to a healthier and happier life.