Tiny spoons often prove to be a curious find for parents, friends or family members who stumble upon their loved one’s “secret stash” of drug paraphernalia. The internet is littered with questions like: what are these tiny spoons with a bunch of white powder? Or why are the bottoms of all of my spoons black? The simple answer here is drug culture in the United States.

The short answer to these questions is that very small spoons can be placed under the nose for easy, sometimes discreet snorting of drugs through the nasal cavity. Typically, larger, bent metal spoons with burn marks on the bottom is clear evidence that someone has used the spoon to inject drugs via intravenous (IV) needles. We’ll go into more depth on the different types of drug paraphernalia that are commonly used in the culture of the drug world. 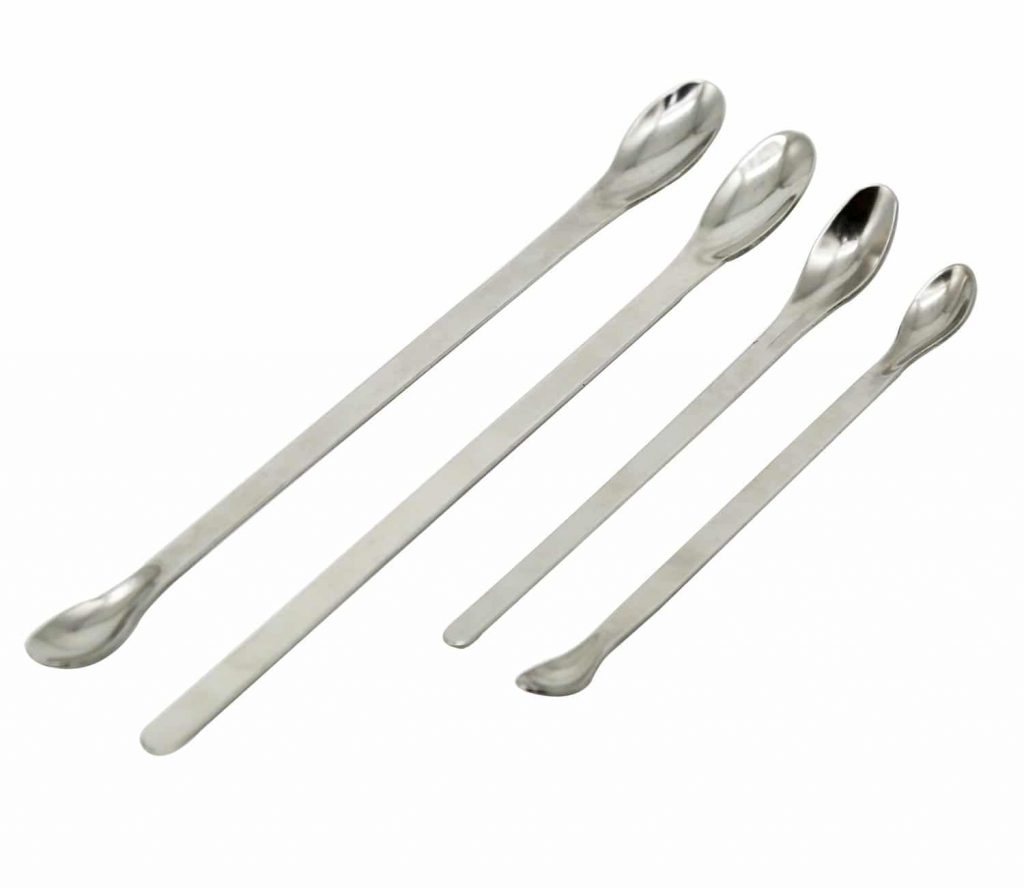 Tiny spoons can be used for snorting a variety of drugs.

Tiny spoons can be used for drugs that can be snorted, like cocaine, meth, ecstasy or even heroin. Come to think of it, even prescription drugs like Xanax, opioids like oxycontin or Adderall can be crushed up and then snorted through the sinuses. People who use drugs often like snorting these substances because the psychoactive effects will begin much faster than when these drugs are ingested in pill form.

While the high might come on quicker from snorting drugs, this usually means the effects will also wear-off sooner. In the case of highly addictive drugs like methamphetamine or cocaine, this could compel the user to immediately seek out more of the substance, creating a vicious cycle which can effectively jump-start a mental or physical addiction to the chemical.

The history of an unlikely piece of drug paraphernalia: The McSpoon

If you really want to find out how old your coke dealer is, ask them if they know what a “McSpoon” is. This item was a staple of McDonald’s restaurants throughout the 1960’s and 1970’s. The long plastic stick with a small scoop on one end and the infamous golden arches on the top was used to stir cream and sugar into your coffee. But quickly people in the drug culture figured out this small plastic spoon was a good way to snort cocaine. It was an easy way to measure cocaine as well. It reportedly held exactly 100 milligrams of cocaine. Throughout the 70’s and 80’s the term “McSpoon” was used by dealers as a slang term for 100mg of cocaine. 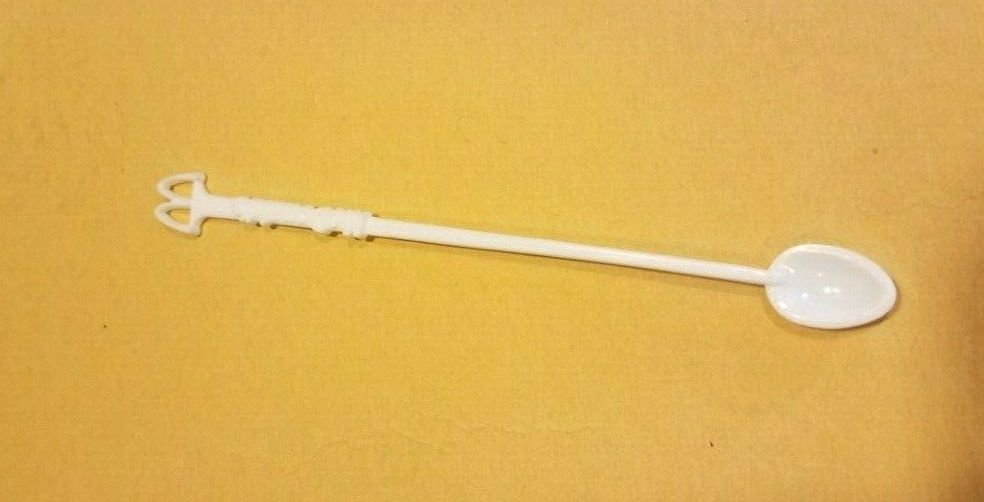 In the 1970’s, it is estimated that a whopping 11 percent of the adult population in the United States was using cocaine regularly. In 1971 President Richard M. Nixon began the war on drugs with his declaration that drug use was “public enemy number one”. In 1979, the DEA unveiled its Model Drug Paraphernalia Act to help end the sale of common drug utensils, like pipes, rolling papers and coke spoons. Many critics thought these drug paraphernalia definitions were vague and could include just about anything, given the right circumstances.

Smoke shops and various other vendors in the US were opposed to these laws and one member mocked the vague, broad overreach of the law. As a mockery he said: “This is the best cocaine spoon in town and it’s free with every cup of coffee at McDonald’s”.  One person took this joke completely the wrong way. The president for the National Federation of Parent’s for Drug-Free Youth actually got the president of McDonald’s to agree to remove the spoon from all of their over 4,500 restaurants.

Spoons of all sizes can be used for injecting drugs with needles.

Another baffling find for someone who is unaware are their spoons being burnt black on the bottom, or simply their spoons will begin disappearing from the kitchen utensil drawer. Where did they go? If you happen to find black, burnt marks on your metal spoons, they have likely been used to mix a concoction of heroin, meth or other types of illicit or prescription drugs that can be injected with a hypodermic needle.

Once the crystal form of the drug is mixed with water and heated up, the liquid will be injected directly into the bloodstream with an IV needle. You may happen to find cotton balls, or Q-Tips, which are used to filter the concoction before injecting. Often a belt, or rubber hosing could be found along with needles and spoons.

Injecting drugs is incredibly detrimental to a person’s health and safety. Using needles to do drugs is arguably the most dangerous method of using drugs. Hypodermic needles can also lead to a full-fledged addiction at a rapid pace. Since the drug is injected directly into the bloodstream, the effects of the drug kick-in nearly instantaneously. This instant high could lead to a physical dependence and a psychological addiction to the substance before the user even realizes it. Often they won’t notice the addiction until they stop or try to quit using. 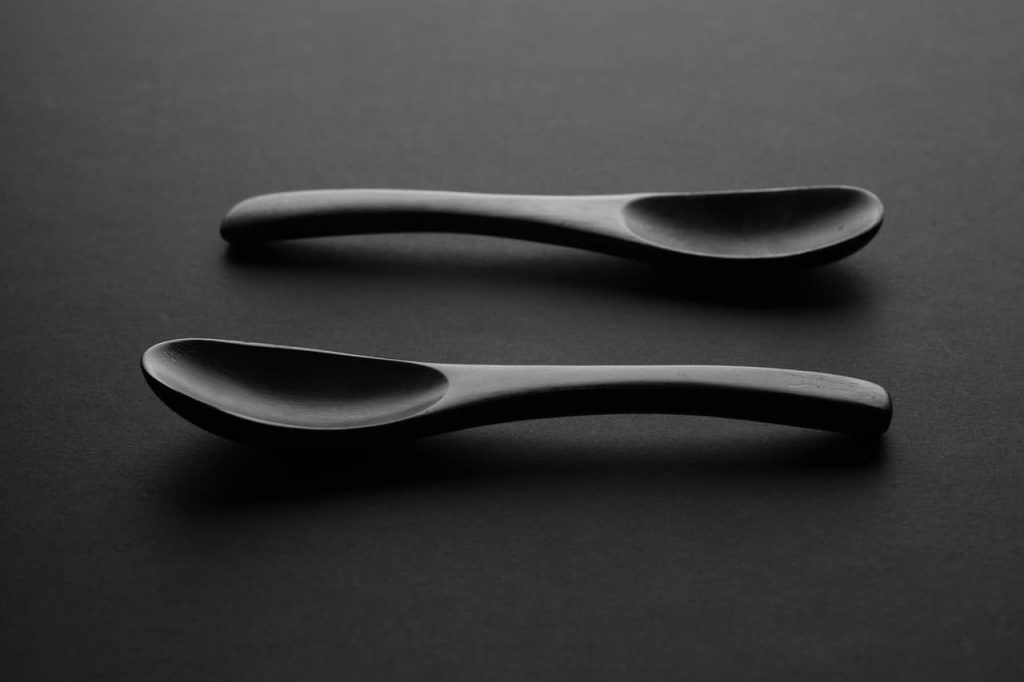 Withdrawal symptoms for all of the drugs people use with tiny spoons are extreme and could be dangerous. Meth, cocaine, heroin and all of the other drugs discussed in this article are highly addictive and in many cases they can be deadly.

If you suspect a loved one is using drugs and ultimately risking their lives for a substance you might want to seek help, before you confront them on the issue. If you feel that the time to confront them about their drug use is right away, please help them understand that help is available.

Addiction does not automatically mean that someone is a bad person.

For many family members, co-workers or close friends, it may difficult to fully understand what they are going through. Attaching a negative stigma or personal judgement on someone who is struggling with substance abuse can ultimately discourage their willingness to change. Many addicts do not seek help for their substance use because they fear the negative judgement from their family, friends or the authorities.

Please call us today if you, or someone you love needs help. We are available 24/7 to take your private, confidential call.

We’re here for you:

Opioid addiction has increasingly become an epidemic in America in recent history, with many attributing this growing problem to prescription painkillers. These painkillers are being prescribed at a rate. The average price for a single pill of an opioid prescription, like norco or percocets, can run the user anywhere between $8 without insurance to $40 dollars on the street. Since opioids are highly addictive, when people are cut off or run out of their medication, they often turn to the streets for a cheaper alternative. Due to the substance abuse problem with these prescription painkillers, the use of heroin has been widely sold as a cheaper solution. As a result, many users have gotten hooked on the substance after seeing that it also achieves a more intense high.

When looking at the prices of heroin in the United States over the last few years, we have seen it steadily become more cheap and readily available, with the potency levels continuing to rise. Heroin and black tar heroin are illegal substances that mimic the effects of other opiods. They are mainly being trafficked by Mexican drug cartels who smuggle them across the Mexican border and then distribute them illegally throughout American cities, like Texas and Dallas. Due to close proximity with the border, Texas becomes a major hotspot for these cartels to traffic their drugs. Today, more and more often, heroin is being cut with other substances, such as fentanyl (a high strength opioid), in order to drive those prices back up on the street, increasing the profit margin for drug traffickers or other people who are selling heroin.

While the average price for a “baggie” of heroin can range anywhere between $5-$20 dollars (with many recovered addicts reported having bought 15-20 of these single use bags per day), we must ask ourselves, what is the actual cost of using heroin?

The economic burden America faces when dealing with this categorical problem is estimated to be around 78.5 billion dollars a year due to things like decreased productivity in the workforce, the overwhelming cost of healthcare, addiction rehabilitation treatment costs, and criminal justice involvement. Not only can a heroin addiction have a detrimental impact on the economy, it can wreak havoc on the users finances as well, costing the average addict anywhere between $438 to $1,750 per week.

However, once the addiction to heroin has taken hold, it will not stop to ask the price that anyone is willing to pay, because unfortunately, with many addicts, no price is too high. They do not see the impact their addiction is having on the world around them. An addiction to heroin will take as much as the user is willing to give, which in most cases, can and will be everything. Heroin will not stop at taking your job, your car, your money, your family, your home, your health, your appearance, your friends and in most cases, it will even take your life. Addiction is a powerful disease that will continue to take and take, until either the user has gotten help from a substance abuse treatment program or has died from their disease altogether. 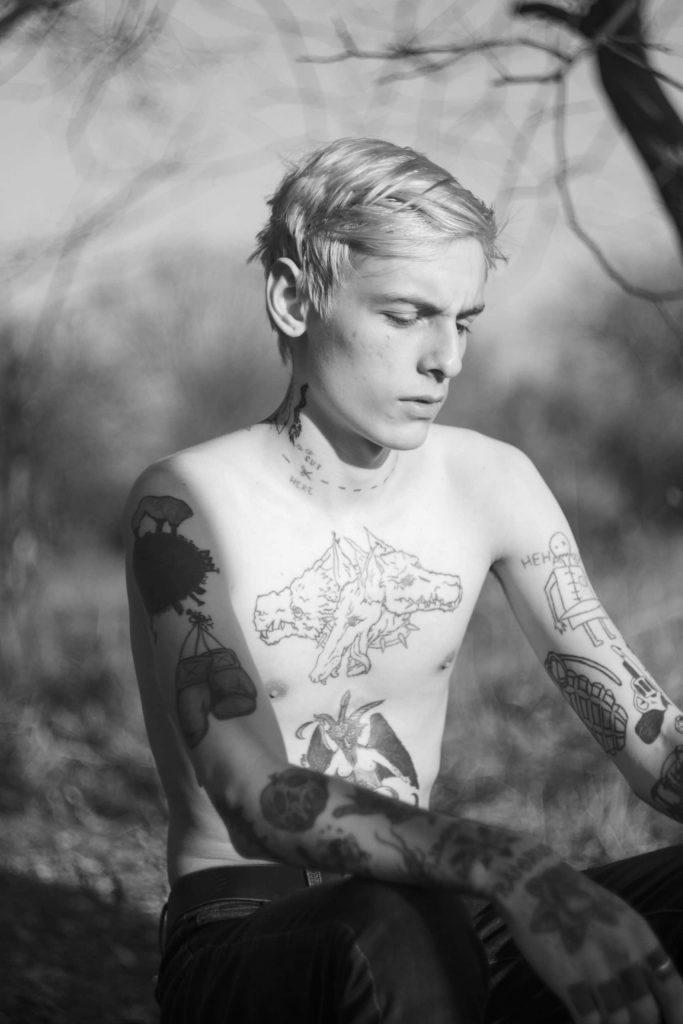 Heroin is a high strength, extremely addictive and highly dangerous opioid that it is one of the leading causes of death in America, with Texas being one of the states most heavily impacted by its usage. According to the National Institute on Drug Abuse, more than 130 people in the United States alone die from an overdose on opioids every single day, with Texas attributing to about 5% of that number. In 2017, Texas had around 2,199 reported deaths related to an opioid overdose, coming in 5th on the list behind states like Florida and New York.

Addiction from heroin can affect any region, race, and age demographic. Surprisingly enough though, in Texas during the year of 2017, the age group most affected by opioid overdoses were people aged 55 and above, followed by young adults who were aged 25-34. With up to 80% of people who struggle with a prescription painkiller dependency that may turn to heroin, one can not be surprised by these staggering numbers.

In response to this crisis, the US department of Health and Human Services (HHS) has been focusing its efforts on these major areas; 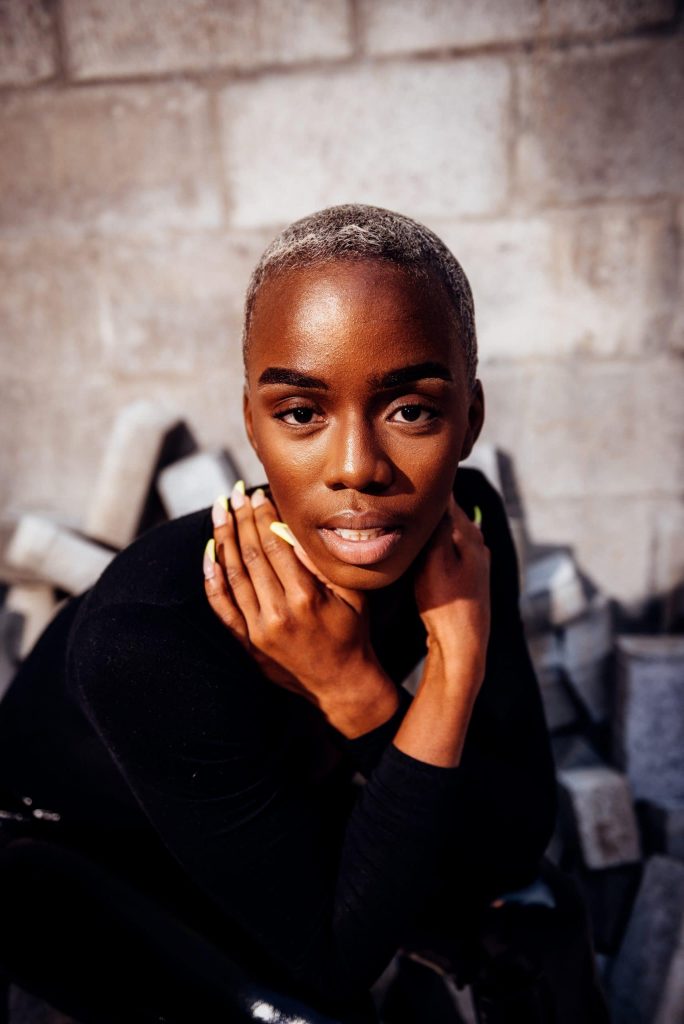 The National Institute on Health (NIH), a component of the US Department of Health and Human Services, also met with major pharmaceutical companies in 2017 in order to help solve this problem. In these meetings, they discussed alternative methods for the treatment of pain, like non addictive alternatives, ways to prevent opioid misuse, and how to effectively manage opioid abuse disorders or how to avoid altogether.

We hope that in time, with these combined efforts, this problem in America will begin to subside. Until more people are willing to seek help, many will remain affected. With drug overdoses from heroin and other opioids still on the rise, we urge those suffering to reach out for assistance if they are struggling with getting clean or staying sober. No one is safe from becoming a part of this epidemic.

The time to get clean is today. The longer an addiction is left unchecked the harder it is to overcome. When an addiction is allowed to thrive for an extended period of time, the chance for overdose escalates as the users tolerance begins to increase along with the amount of time being spent on getting high. The one and only lasting cure for any type of drug addiction is to lead a life of sobriety. If you or a loved one are suffering from withdrawal symptoms or are unable to stop taking drugs or alcohol please reach out to More Than Rehab.